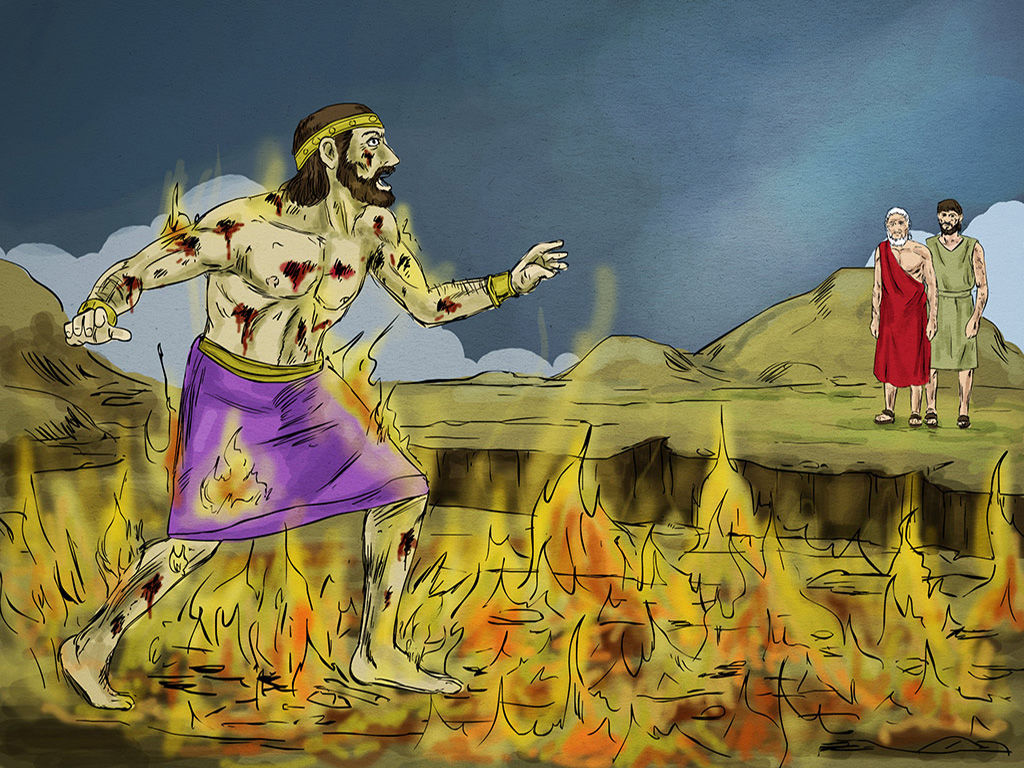 Image is copyright of Arabs for Christ

Jesus knew many of the religious leaders loved money more than they loved God. He told what happened to two people, and why it is useless to have riches without God. Riches cannot buy life with God in Heaven.

There was a certain rich man who had beautiful clothes which cost lots of money. He dressed like a king.

The rich man also ate very well. Every meal was like a great feast. He had so much money he could buy anything he wanted to eat for breakfast, lunch, supper – or for in-between snacks.

At the gate of the rich man’s house there lay a poor sick, starving beggar. His name was Lazarus.

Poor Lazarus was full of sores. He may have had a disease. He may have cuts and bruises from others being mean to him. Maybe he had sores because he did not have good food like milk, vegetables or meat.

Lazarus longed for food. He would have been happy with the crumbs from the rich man’s table.

Stray dogs sometimes padded over to the poor helpless beggar. They sniffed around him and licked his wounds. It seems nobody cared that Lazarus was starving.

One morning, Lazarus did not wake up. The poor starving, friendless beggar had left this life. Lazarus was dead.

Joy began for Lazarus the moment he died. Jesus said angels carried him to be with Abraham. Lazarus was comforted by God.

The rich man also died. All his money could not save his life. When death came, nobody could stop it.

In Hell, the rich man cried, “Father Abraham, send Lazarus that he may dip the tip of his finger in water and cool my tongue; for I am tormented in this flame.”

“In life you had everything and Lazarus had nothing,” Abraham reminded the rich man. “Now Lazarus is comforted and you are tormented. No one can cross the great gulf between you and us.”

“Send Lazarus to warn my five brothers,” the rich man pleaded. “I don’t want them to end up in this place of torment.”

When Jesus finished the story of the rich man and Lazarus, perhaps the religious leaders asked themselves, “Do I love riches more than I love God?” Now they knew what would happen if they did not heed God’s Word.

This short Bible story is found in Luke 16