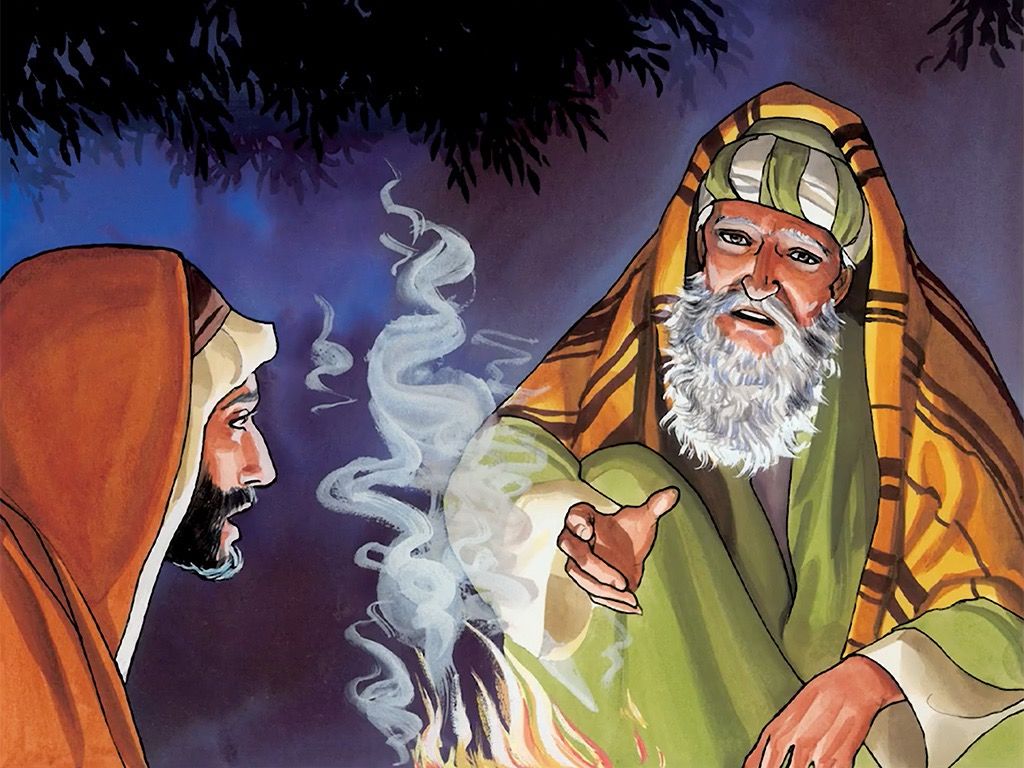 When Jesus went to the Temple one day, He found people dishonoring God’s House. They were selling animals and exchanging money right in the Temple!

Making a whip from cords, Jesus drove the dealers out of the Temple. “Take these things away,” He commanded. “Don’t make my Father’s House a place of business.” Jesus loved His Father’s House.

The leaders demanded a sign to show that Jesus had the right to clear the Temple. “Destroy this temple and I will raise it in three days,” Jesus replied. Impossible! The Temple took forty-six years to build.

But Jesus spoke of His body. Like the Temple, His body was God’s dwelling place. Though Jesus would die on the cross He knew God would raise Him from death on the third day.

At night, one of the temple leaders visited Jesus. He knew by the miracles that Jesus was sent by God. Nicodemus came to Jesus to learn more about God.

Jesus told Nicodemus that people must be born again to enter God’s kingdom. Nicodemus did not understand. How could a grown man become a baby again? Besides, he was religious. Was that not enough?

“That which is born of the spirit is spirit,” Jesus explained. “God’s Spirit is like the wind. People do not see or understand the wind. They only see what the wind does.”

Jesus reminded Nicodemus about the children of Israel complaining to Moses long ago. “We have no food, no water, and we hate the bread God gives us,” they cried.

The people’s sin angered God. He sent fiery serpents among them. The serpents bit the people. Many died.

God told Moses to make a fiery serpent and set it on a pole. “Everyone who is bitten will live when he looks at the serpent on the pole,” God promised. Moses made a brass serpent and those who looked at it were healed.

Jesus told Nicodemus that the Son of man must be lifted up just like the brass serpent. Jesus spoke of the cross where He would die for sinners.

Jesus said, “God so loved the world that He gave His only begotten Son, that whoever believes in Him should not perish but have everlasting life.”

This means that whoever believes in Jesus is born into God’s family.

Maybe Nicodemus did not become a disciple of Jesus that night. But years later, Nicodemus showed that he loved and believed in Jesus by helping to bury the crucified Son of God.

After this, Jesus and His disciples set out to travel North. Other people needed to hear about God’s Kingdom, and have the chance to believe in Jesus of Nazareth, the Son of God.