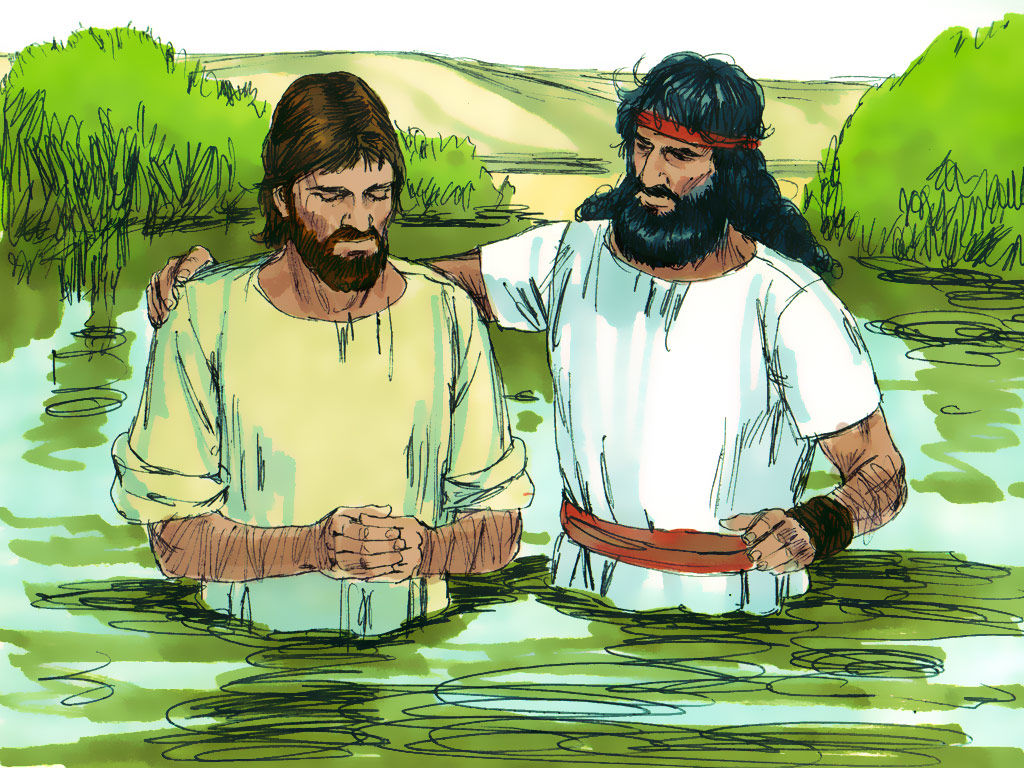 An angel had come. “Don’t be afraid,” he said. “God sent me. Your wife will have a son. Call him John. He will be filled with the Holy Spirit from birth. He will turn many people to God.”

“Speak to us, Zacharias.” The people outside were puzzled. They did not know that Gabriel the angel said Zacharias would be unable to talk until the baby’s birth because he didn’t believe the message from God. He thought his wife was too old to have a baby.

At home, Zacharias wrote all the angel told him. Elizabeth, his wife, was amazed. They had always prayed for a child. Could it happen now?

When Mary arrived, Elizabeth felt he baby leap within her body. Elizabeth was filled with the Holy Spirit. She knew Mary’s baby would be the Lord Jesus Christ. Together, the two women praised God with joy.

Elizabeth’s baby was born as God promised. “Call him Zacharias, like his dad,” the other priests said.
Zacharias remembered God’s command. “No! The baby’s name is John.” When Zacharias wrote those words, his speech came back. Then he praised God.

When John grew up he was like Elijah, the great man of God. John told the people God’s Son was soon coming to bless them. Jewish leaders hated John because he said to them, “Repent! Stop sinning.” They did not want to hear about their sins.

Others called him John the Baptist because he dipped people under water to show they were sorry for their sins. One day, Jesus came to John to be baptized. “You should baptized me,” John protested. But Jesus said, “Let it be so.” And John baptized Him.

After Jesus’s baptism, John saw the Holy Spirit come upon Jesus in the form of a dove. This was God’s sign. John knew that Jesus was God’s Son. John called Jesus the Lamb of God Who takes away the sin of the world.

John led many people to God. But Herod, the wicked ruler, threw John in prison. “It is as sin for you to have Herodias, your brother’s wife, as your own,” John told Herod. Herod knew this was true. He knew John was God’s servant, a just and holy man. But he did not want to stop sinning. And John would not stop preaching against sin, even if it meant prison.

On his birthday Herod had a big party. The daughter of Herodias danced for him. This pleased Herod. “You can have anything you want,” he promised. “Even half of my kingdom.”

“What shall I ask for?” the girl wondered. Her evil mother Herodias, who hated John, told her what to ask for! It was terrible!

“Give me John the Baptist’s head on a plate,” the girl said to Herod. He was sorry for his promise, but too proud to break it. “Cut off John’s head and bring it here,” commanded Herod. His soldiers obeyed him.

Sadly John’s friends buried the body of God’s brave and faithful servant. John’s work for God was now finished. Perhaps they knew Jesus could comfort them in their sorrow.