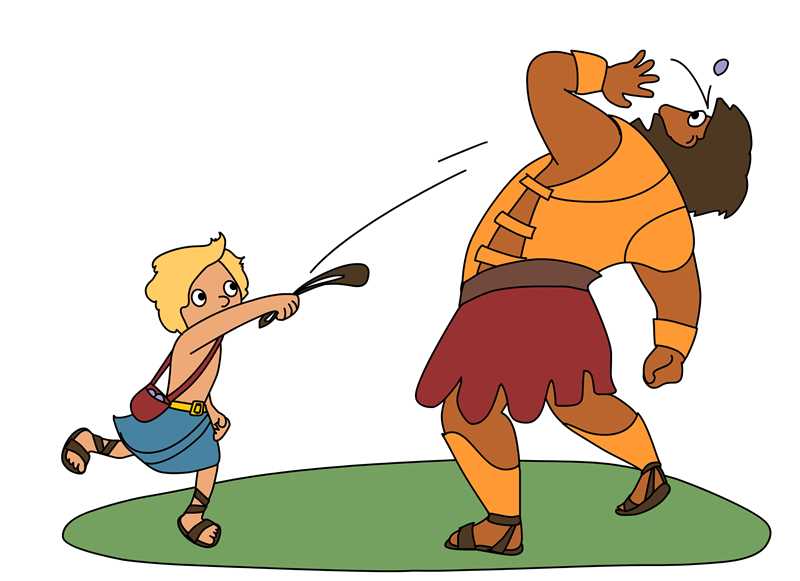 David was a shepherd boy who lived in Israel. He took care of sheep. God chose David to take care of the Jewish people.

David played the harp. When the king of Israel was tired of fighting in the war, he asked David to play for him. David’s music made him feel better.

One day a terrible giant named Goliath started bragging to his soldier friends that none of the Jews would dare to fight him. And he was right. The Jewish soldiers were all afraid of big Goliath. What would happen to the Jewish people?

Then little David said: “I’ll fight Goliath. God will help me.” And he went and got some stones for his slingshot.

The giant just laughed at him. David put a stone in his sling and flung it. The stone hit big Goliath on the head. Then David killed him with his sword. All of Goliath’s friends ran away. The little shepherd boy had saved the Jewish people!