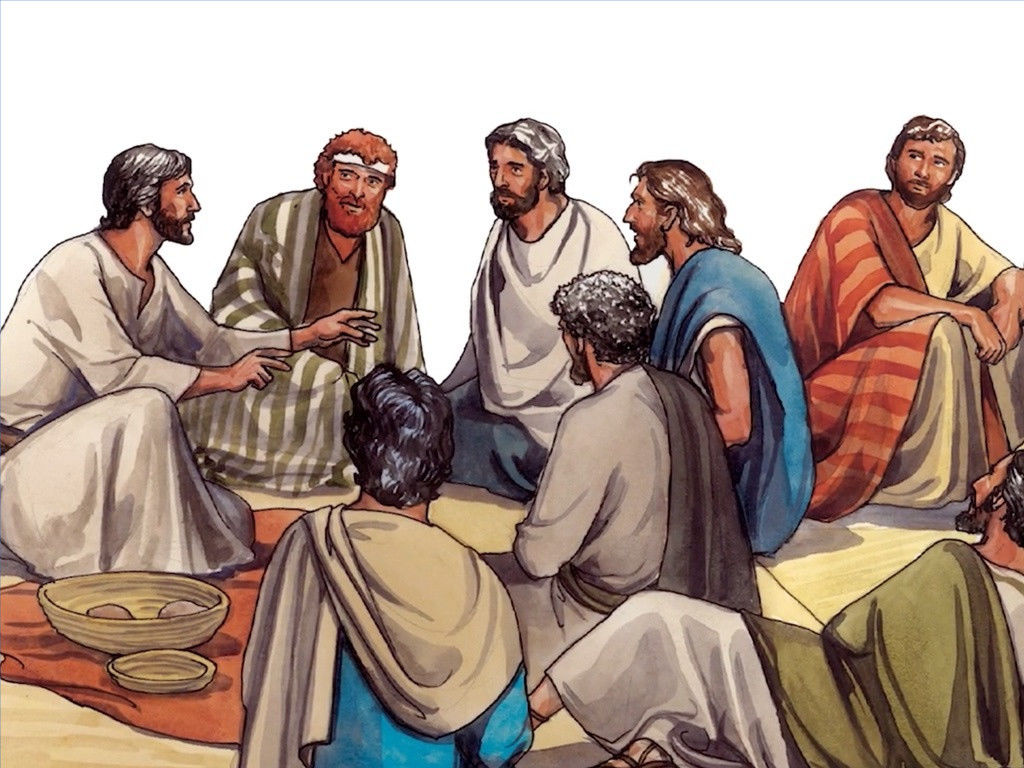 Jesus did wonderful things. He healed diseases, gave troubled people peace in their hearts and minds, and taught God’s Word.

Crowds came to Jesus for help and healing. He decided to choose twelve men from His many followers to help Him in His work for God.

If you have important choices to make, do you pray to God? Jesus did! In a quiet mountain place He spoke to His Heavenly Father. Jesus prayed until the sun went down.

Jesus prayed all through the long dark night.

In the morning, Jesus called His followers – all the friends who served and obeyed Him. From them He chose twelve to be special helpers, or apostles.

The first two Jesus chose were brothers, Simon Peter and Andrew. They had left their fishing business when Jesus first called them to follow Him.

James and John, sons of Zebedee, had also left their fishing nets.

Jesus taught that doing what He says is like building a house on a solid foundation. Fierce storms will not destroy that house.

But not obeying Jesus’s Word is like building a house on a sandy foundation. When a storm comes, the house will fall.

Some of Jesus’s commands were not easy. “If a man slaps your right cheek, offer your left also,” He taught. “Love your enemies.” People need God’s help to live like Jesus.

Jesus also told the people to pray secretly – not to show off prayers in front of men as some religious leaders did.

Jesus said God would feed and clothe people who trust Him. Since God gives food to birds and beautiful colors to flowers and shrubs, His people can trust Him for all their needs.

Jesus taught His newly-chosen helpers many things that day. When He finished, a leper came, begging Jesus to heal him.

Jesus answered the leper, “I will. Be clean.” While the helpers watched, the leper became whole. He was healed! Only God’s Son could do that. The helpers knew that they had a wonderful Master.