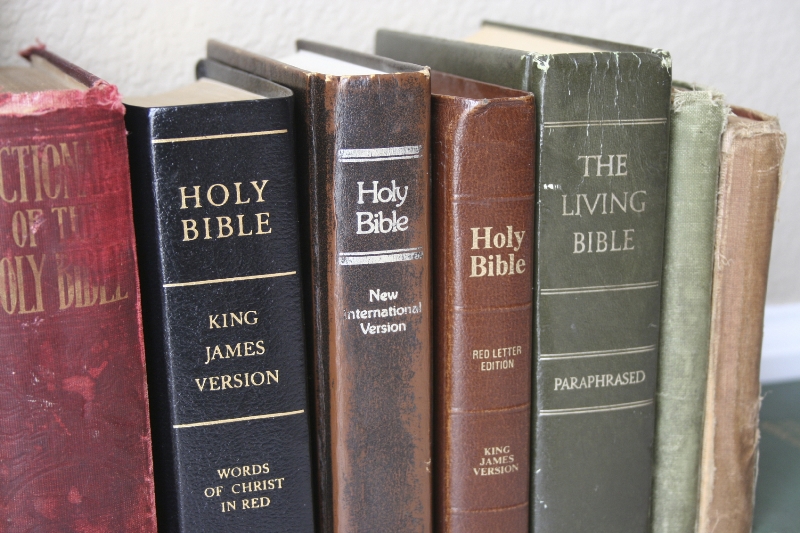 How to choose the right Bible translation

When looking at the vast array of Bibles, many Christians wonder how to select the best one for them.

Walk into the average Christian bookstore and you will find many different Bible translations available for purchase.

Since most of us are unable to read Hebrew, Aramaic, or Greek, we are dependent on language scholars to translate the Word of God for us. Knowing this, we are privileged to have a number of different English translations available as they make it possible for us to have more direct access to God’s Word than most Christians in earlier centuries possessed.

However, if Bible translation is just a matter of converting ancient languages into English, why are there so many different versions available? After all, the Canadian government regularly translates documents from French into English and vice versa without much difficulty. Why should translating the Bible be any different? The answer is that, unlike modern-day languages such as French or Spanish, the biblical languages of Hebrew, Aramaic and Greek, are fundamentally different from the English language. As a result, there is more to Bible translation than simply converting individual words from the original language into our language.

For example, a literal word-for-word translation from Greek into English of John 3:16 reads: “For thus loved God the world, so as the Son the only begotten he gave, that everyone believing in him may not perish but may have life eternal.” As we can see, a simple word-for-word translation is virtually unreadable to most people. In order to achieve a functional translation, the grammatical structure needs substantial modification.

At the risk of oversimplification, there are three main categories of Bible translations.

Within each of these categories, there is significant variation. For example, the NIV is generally more literal than other dynamic equivalent translations, while The Message makes bigger departures from the original text than The Living Bible or The Clear Word. Nevertheless, these categories are a useful way for the average Bible reader to differentiate from the plethora of translations available.

Illustrating the different translation approaches when translated strictly word for word, Romans 8:8 reads as follows: “And the [ones] in the flesh being God to please cannot.” Here is how it reads using representative translations from each of the three categories:

The essentially literal translations are closest to the original text as they take the actual Greek words and basically rephrase them into grammatically acceptable English. In contrast, the dynamic equivalence translations replace the word “flesh” with “sinful nature” and make explicit that which is only implied in the original, namely that those who do not please God are under the control of the sinful nature.

The basic meaning is preserved although some key words are added and deleted. The Message takes what it considers to be the main idea, namely that anyone absorbed in self is displeasing to God, and amplifies this point while omitting any direct reference to the flesh or sinful nature.

What Should We Use?

Clearly, there are substantial differences between the different translations. The old saying that one Bible is as good as another simply does not hold true. With this in mind, it is my belief that Christians are best off using an essentially literal translation, particularly for in-depth study and public reading. Since all Scripture is inspired by God (2 Tim. 3:16), we should seek to read translations that reflect the Hebrew, Aramaic, or Greek words to the greatest degree possible. Jesus Himself said, “not an iota, not a dot, will pass from the Law” (Matt. 5:18, ESV), and we should be cautious about translations that alter the inspired Word of God.

Another reason for concern is that, in cases where there is more than one possible meaning of a biblical text, Christians reading dynamic equivalent translations or free paraphrases are frequently given only the translators’ interpretation. Here’s an example from Mark 9:24:

“Immediately the father of the child cried out and said, ‘I believe; help my unbelief!” (ESV).

“Immediately the boy’s father cried out and said, ‘I do believe; help my unbelief’” (NASB).

These essentially literal translations preserve the father’s somewhat confusing statement basically as he said it. When the father said, “I believe; help my unbelief,” did he mean that he wanted Jesus to help him overcome his unbelief or was he affirming that he already believed and wanted even more faith? We don’t know for sure, but it’s something we need to grapple with when we read the text. However, notice how dynamic equivalent translations and free paraphrases deal with this verse.

“Immediately the boy’s father exclaimed, “I do believe; help me overcome my unbelief!” (NIV).

“Right away the boy’s father shouted, ‘I do have faith! Please help me to have even more’” (CEV).

“The father cried out, ‘Teacher, I do believe, but please help me overcome my unbelief! Please give me the kind of faith I need!’” (Clear Word).

The wording provided by these translations is so different because they present varying interpretations of what the father really meant to say. When the translator does the hard work of interpreting challenging passages, individual Christians are deprived of the opportunity to think for themselves. The reality is that Christians should expect to wrestle with difficult Bible passages since this is an important part of spiritual growth.

All Christians and church congregations need to give careful consideration to which translation(s) they wish to use for personal and public reading. It is my conviction that we have become too dependent on Bible translators to do our interpreting for us. For those of us unable to read Hebrew and Greek, essentially literal translations are the closest thing we have to the original text of Scripture. Let’s use them more regularly in our personal study and public readings, without going to the extreme to think that God spoke to Jeremiah in King James Version English. He spoke—and the prophet did not only hear and jot it down in Hebrew. His life was never again the same, because God’s Word is not only inspired, but also meant to convict, correct, and transform you and me—literally, dynamically, and freely.