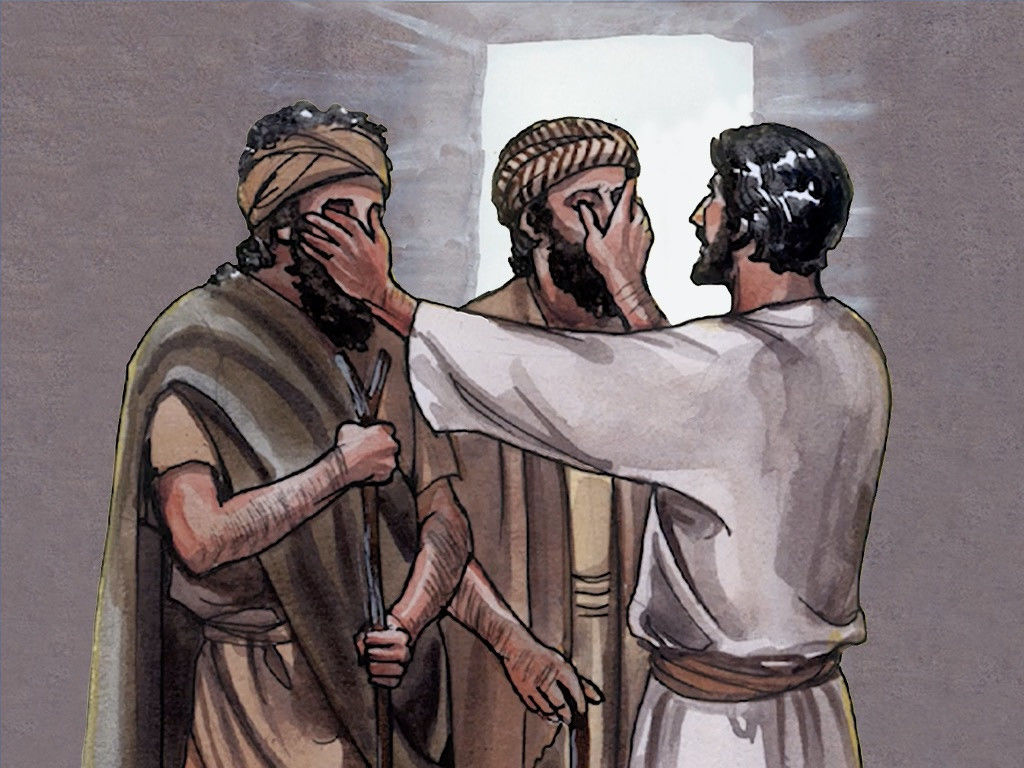 Jesus did many miracles. Miracles were signs to show Jesus really is God’s Son. The first miracle happened at a wedding feast. A problem arose. There wasn’t enough wine for everybody.

Mary, Jesus’s mother, told Him about the problem, then told the servants to do whatever Jesus commanded.

“Fill these pots with water,” Jesus said. “Water?” they may have asked. Yes, water was what Jesus requested.

Jesus then told a servant to take from one large pot and let the man in charge of the feast taste it. The water was now wine! Good wine! The best wine!

The servants were amazed. Jesus had turned water into wine. Only God could do such miracles.

Jesus performed other miracles. One evening, He and His disciples went to Peter’s house. Peter’s mother-in-law was very sick with a fever.

Jesus touched the sick woman’s hand. In a moment she was well again. She got up to serve Jesus and the disciples.

It seemed the whole city gathered at the door that evening. Sick people came – blind, deaf, dumb, crippled. Even people with demons living in them crowded to Jesus. Could he help so many?

Jesus, God’s Son, could help. Jesus did help. All who came to Him were healed. People who dragged through life on crutches could now walk and run and leap.

Others came, who were made ugly with leprosy.

They became whole and clean as Jesus healed them.

Men and women troubled with demons stood before Jesus. He commanded the demons to leave them. As the demons obeyed, fearful, unhappy people became calm and joyful.

Behind the crowd, four men tried to help their friend to Jesus. But they could not get near. What could they do?

Carrying the sick man on to the roof of the house, the four faithful friends pulled the roof apart and lowered him down. Now he was close to Jesus.

Jesus saw that the four friends had faith. He said to the sick man, “Your sins are forgiven. Take up your bed and walk.” The man stood up, well and strong. Jesus had healed him.

Soon after, Jesus was in a boat with the disciples. A frightful storm churned up the sea. Jesus was asleep. The terrified disciples woke Him. “Lord, save us,” they cried. “We perish!”

“Be still,” Jesus commanded the waves. Immediately, the sea was calm. “What kind of man is this?” His disciples whispered. Even the wind and sea obey Him. They believed Jesus was God’s Son because His miracles showed His glory. The disciples did not know it, but they were going to see Jesus perform even greater miracles as He served God among men.