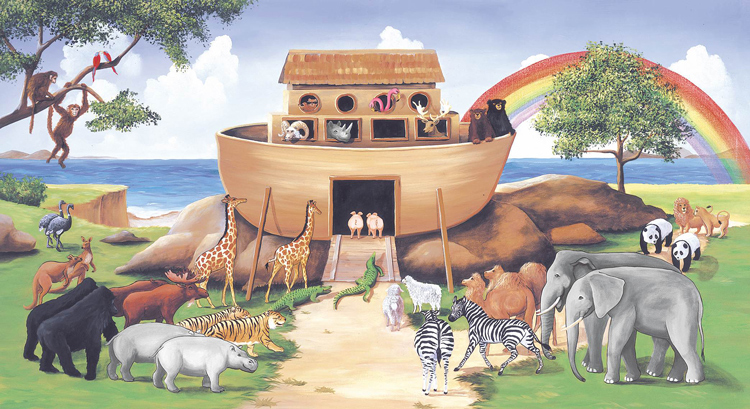 There came a time when there was only one good man in all the world, and his name was Noah. Everybody else was bad. God wanted to start over fresh. So He told Noah to build an ark. And Noah did.

God told Noah to fill the animals—two of every kind. And Noah did. Noah and His family went aboard too.

Then God made the rain come down. It rained and rained, until there was a great flood that covered the world. Only those who were in the ark were safe and dry. Everybody else was drowned.

Then God made the sun shine and dry up the rain. Everyone in the ark came out. Noah said: “Look! God has sent us a sign in the sky. It means that He will never flood the world again.” The sign in the sky was the very first rainbow.